Cardinals vs. Brewers: Be Cautious Betting On Jack Flaherty

The St. Louis Cardinals are in Milwaukee for a battle with the Brewers this week, and Tuesday's starting pitcher matchup is an interesting one to dissect and analyze. Jack Flaherty is back for the Cardinals, which should be a good thing for their long-term future hopes, but maybe not so much in the short term. On the other side of the mound, the Brewers will be sending out Aaron Ashby, who is a relief pitcher turned starter that you may not know much about. Let's take a moment to discuss these guys and maybe find a good bet to make on the game based off of what we know about the starting pitching matchup.

MORE: SEE ALL OF BETQL'S MLB GAMES OF THE DAY!

For St. Louis, the return of Flaherty is a welcome one, seeing as how there was much fear that he could sit out for the entire season with shoulder inflammation. However, after seeking a second opinion, he has returned to the Cardinals rotation, albeit on a short leash. In his first contest back since his injury, Flaherty allowed four runs (two earned) on three hits and two walks while posting three strikeouts in three innings of work, while taking a no-decision last week against the Pittsburgh Pirates. He was not very good to say the least. The Pirates got two runs in each of the first two innings, before he settled down in the third. He was apparently on a 60 pitch count in the game, which is why he was pulled so quickly after just three innings. He threw 37 of his 60 pitches for strikes. I feel like it is going to take a few starts before Flaherty is unleashed from his restraints and begins to get back to his former self, who was one of the dominant hurlers in baseball. He had a 3.22 ERA, 1.06 WHIP and 85:26 K:BB across 78.1 innings last year.

Milwaukee sends out little known lefty Ashby to the mound in hope of grabbing a home win. It wasn't guaranteed he would be making this start, and it still isn't, due to left forearm tightness that he exited his last outing for. However, he is listed as the probable starter on most platforms, so it is safe to say that it look like he will avoid the 15-day injured list and take his turn on the mound barring any setback. Ashby has been somewhat underwhelming so far this season, but he is a young pitcher that has been primarily been used in relief before this season. In his last outing before leaving with his injury, he allowed four runs on four hits and three walks while posting five strikeouts in 4.1 innings of work, and took the loss. It has been a struggle to win games this season for Ashby, as that latest outing pushed his record to just 1-5 in 2022.

With both pitchers struggling with injury concerns lately, and neither doing particularly well in their recent starts, I think a bet on the first five innings over could be a safe play. Flaherty might not even last five innings with his pitch count, so then relievers will come in for St. Louis. Ashby has been bad in his last few starts, and since he won't miss a single game with his latest injury, I'm not so sure how his performance will change. 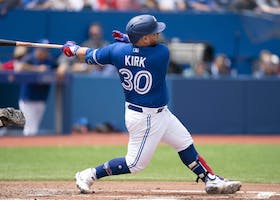 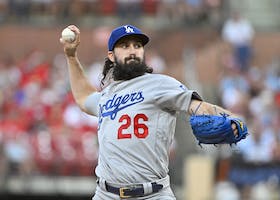 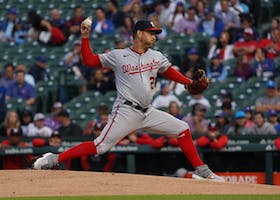 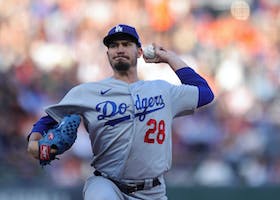