The Seattle Seahawks are coming off a 27-23 home loss to the Atlanta Falcons but they looked a whole lot better in that game than in their 27-7 loss on the road to the San Francisco 49ers. Surprisingly, Geno Smith was not bad in the loss to the Falcons, as he fired for 325 passing yards on 32-of-44 completions while also passing for a couple of touchdowns and an interception. Still, he’s got to be more efficient and better overall in making deep throws to fully unlock the potential of Seattle’s still talented downfield combo of Tyler Lockett and DK Metcalf.

Facing the Lions could be a big boost to doing just that, as their defense has had its doors blown off in every week of the season so far. Detroit’s defense has allowed at least 27 points in each of the Lions’ last three games, so Seattle will have plenty of chances to score and take advantage of that leaky secondary.

The Seahawks are 5-1 against the spread in their last 6 games in Week 4.

The Detroit Lions are now 1-2 after a 28-24 road setback at the hands of the Minnesota Vikings in Week 3. While we just talked about their defense being a total disaster, the exact opposite can be said about their offense. The Lions are averaging 31.6 points per game after three weeks of the 2022 NFL season. Jared Goff has actually looked pretty good for the Lions, and their offense should be able to keep up with just about anyone.

In Week 3, RB Jamaal Williams starred for the Lions, rushing for 87 yards and a touchdown on 20 carries. RB D’Andre Swift suffered an injury in the game, which led to a heavy workload for Williams. While Swift was able to finish the game, his status should be monitored heading into Week 4. Detroit’s rushing attack should definitely challenge Seattle’s rushing defense that just gave up 179 rushing yards and two touchdowns on the ground to Atlanta.

The Lions are 4-0 against the spread in their last four games overall.

This is a tough one, as both of these teams are terrible on defense and should get lit up like a Christmas tree. Detroit at home should be able to get the job done, but I am not comfortable laying six points with that defense of theirs. Instead, I think the over is worth a look here just on principle. 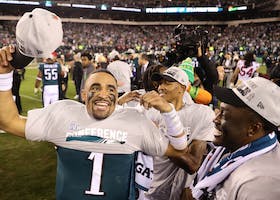 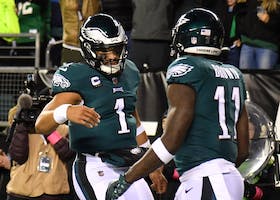 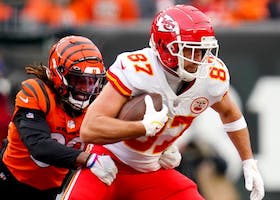