Odds, best bets and analysis for this Week 3 NFL matchup

The Tampa Bay Buccaneers (2-0) opened as 3-point home favorites against the Green Bay Packers (1-1) and the total opened at 48 points. BetQL is your source for NFL odds, best bets, live public and sharp data, written analysis and much more. Keep reading for a breakdown of both teams, a prediction and some exclusive sportsbook offers.

As Aaron Rodgers said last season: R-E-L-A-X. The Packers got off to a terrible start, losing to the Minnesota Vikings on the road (23-7) in Week 1, but rebounded with a solid 27-10 home victory over the Chicago Bears in Week 2. Since Green Bay has gone 17-2 SU coming off a division game under Matt LaFleur, they have a powerful trend on their side when it comes to this moneyline. Green Bay’s defense was dominant in Week 2 and that unit should be a strength of their squad all year long.

Offensively, Rodgers has completed 69.5% of his passes for 429 yards, 2 TD and 1 INT (below average numbers for him), but this offense has tried to be balanced, riding running backs Aaron Jones (181 rushing yards, 65 receiving yards, 2 TD) and AJ Dillon (106 rushing yards, 52 receiving yards, TD) as the team’s top two offensive playmakers. They’ll have their work cut out for them against the Buccaneers, who annually have the best rushing defense in the NFL under Todd Bowles’ leadership.

Through two weeks, the best unit on this Buccaneers team has clearly been its defense. They took down the Dallas Cowboys 19-3 in Week 1 and then defeated the New Orleans Saints 20-10 in Week 2. That 6.5 points per contest allowed is the best mark in the NFL so far, as are their 10 team sacks. Green Bay’s offensive line has allowed Rodgers to get sacked 7 times, so there is seemingly an opportunity for Tampa to get to him quite a bit in this one.

Note that Mike Evans will be out for this game as he serves a one-game suspension for his role in an on-field brawl against the Saints, so it’ll be fascinating to see who steps up in his absence.

I’m uncomfortable picking a side in this matchup between Brady and Rodgers, but I’m firmly on the under and can see this becoming a defensive, low-scoring affair. There isn’t a single receiver on either team that I fear at the moment (assuming Chris Godwin is out again) and I can also see both teams attempting to run the ball, which should keep the clock moving. The under has easily won in all four games involving these teams and I think that streak continues. Want to tail or fade this pick? Whatever the case, place your bets now and take advantage of the current lines! 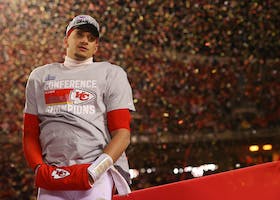