Week 5 of the 2022 NFL season is here! BetQL is your one-stop source for best bets, live public and sharp betting data, written analysis,  exclusive sportsbook offers and all of the game-by-game analytics and data you can dream of. Not only that, but our model identifies player prop values. We simulated this game 10,000 times, crunched all the numbers and identified the following mispriced lines to take advantage of.

For Monday night’s Rams-49ers game, we accurately predicted Allen Robinson to have under 3.5 receptions, George Kittle to have under 4.5 receptions, Matthew Stafford to throw an interception and Cam Akers to have under 45.5 rushing yards. Scroll down to see a 5-star bet from our model, an odds boost to take advantage of and two more options to consider!

With Javonte Williams out for the rest of the season, the Broncos will need to rely on Melvin Gordon Jr., Mike Boone and Wilson to make things happen on the ground. The quarterback rushed four times for 29 yards with a rushing touchdown last week against the Raiders and has ripped a 12-yard run and 13-yard run in back-to-back weeks.

Given the lack of depth at the running back position right now, BetQL is projecting Wilson to rush eight times for 45 yards in this game, making over 13.5 rushing yards a five-star value. Lock it in now before the line moves!

In three games played this season, it’s obvious that Pittman is Matt Ryan’s favorite target. He’s caught 20 of 28 targets for 224 yards and a touchdown so far and has been targeted five times in the red zone to this point. Since Jonathan Taylor is banged up and out for this game, I expect more of an emphasis on the passing game for the Colts in this one.

The Broncos have been elite against opposing wideouts which is why this is boosted to +450 at Caesars, but as someone who could see double-digit targets, I’m more than happy to take a shot on Pittman in this situation. Best part: if you don’t have a Caesars/William Hill account, you can bet this ON THEM, meaning that if you lose (on any bet up to $1,250), they’ll fully refund you in free bets.

The Colts have also been very stingy against opposing wideouts, but that’s not going to prevent me from betting this Sutton prop. With 24 catches and 343 receiving yards (7th in NFL) and a touchdown, Sutton already has catches of 30, 35 and 34 yards in his previous three games and two more catches over 20 yards as well.

As Russell Wilson’s favorite target, Sutton has attracted 420 Air Yards (T-6th in NFL) and 40.25% of his team’s Air Yards (10th in NFL) and has caught 16 passes for first downs (13th in NFL). While I wouldn’t target his total yardage prop, I fully expect him to catch at least one pass of 25+ yards as Wilson clearly trusts him down the field. Bet this risk-free at BetMGM now (if you’re a new user there)!

The Colts rank 1st in the NFL in receiving yards allowed to wide receivers (114) and have allowed the second-fewest targets (15.5) to wideouts. Therefore, other than Sutton, I wouldn’t consider touching anyone else’s reception or receiving yard overs at that position.

With Williams out for the year, Melvin Gordon should see the bulk of the playing time and touches at the running back position. Indy has surrendered 7.25 targets and 43.25 receiving yards per game (7.52 yards per catch) to opposing running backs this season and I expect Gordon to make an impact in the passing game, just like he has in previous years. Keep in mind that in Week 3, he caught five of six targets for 29 yards against the 49ers with Williams healthy. Bet this risk-free at BetRivers now (if you’re a new user there)! 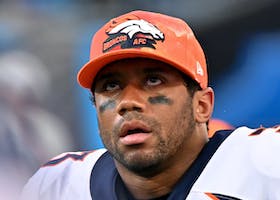 Shocking Stats: This Broncos Offense Is A Dumpster Fire
10 hours ago  |  NFL 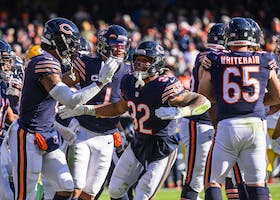 The Bears' X-Factor Against The Eagles
10 hours ago  |  NFL 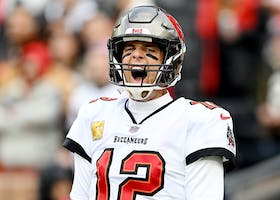 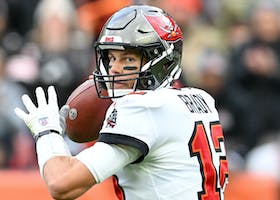 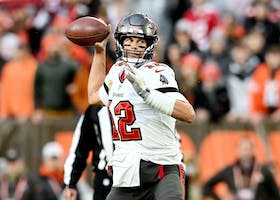 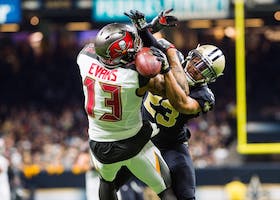 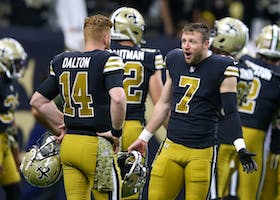