These teams could be in the mix at season's end

Just like the NBA, the college basketball landscape features a great deal of parity. Unlike previous years, there are no clear frontrunners and Top 25 polling has essentially been a formality with constant fluidity. More than any other year in recent memory, the chance of a Cinderella team cutting down the nets in the National Championship Game on April 6th is entirely realistic. Let’s take a look at five different sleepers who might fit the bill, the last of which can be considered a deep sleeper!

Note: team records and stats are updated as of Wednesday, February 5th, 2020. All odds were found on DraftKings.

You may be thinking, “how can the program that won the national championship last season ever be a sleeper?”. However, UVA is 15-6 overall and 7-4 in the ACC and still have some work to do to even get in the tournament. Tony Bennett’s team has continued their dominance on the defensive end of the floor and lead all 353 Division I teams in scoring defense (50.7 points allowed per game) and field goal percentage defense (35.8%). Their ability to stifle opponents and control a slow and methodical pace makes them a pest to face, particularly on the highest stages. As seen last season, when this team clicks, they can limit any opponent, no matter how prolific their offense is. Mamadi Diakite (13.5), Kihei Clark (10.3) and Braxton Key (10.2) are the only Cavaliers to average double-digit points per game, but their team-oriented, defensive-first style of play should come in handy moving forward. After a dominant 48-34 opening game victory at Syracuse, the Cavaliers won six-straight games to improve to a perfect 7-0. But then they ran into a bit of trouble, particularly on the offensive end. Nonetheless, they took down #7 North Carolina back in early December and just avenged a loss to then-#9 Florida State by beating the #5 ranked Seminoles last time out. They have upcoming matchups in which they can make a major statement against Louisville (twice) and Duke.

If you’ve watched Houston play this season, you might have noticed that they’ve owned the boards. In fact, they rank second in Division I in rebounding margin and have pulled down 42.2 while their opponents have grabbed just 32.3. Something else that’s obvious is that coach Kelvin Sampson has preached a team-first mentality. Five different players average between 9.5 and 12.9 points and nine different players have averaged double-digit minutes in 21-plus games played. Not having a go-to scorer can hurt at times, but the Cougars’ overwhelming effort to control the glass should bode well for them. Houston has gone 2-1 against ranked teams so far this season (lost by 12 at #11 Oregon in November and then beat #21 Washington on Christmas and #16 Wichita State in mid-January).

In March Madness, certain star players emerge and capture the attention of our nation. Luka Garza has the ability to do just that. The junior center is firmly in the Wooden Award conversation and has put up an impressive 23.0 points and 10.4 rebounds over 30.7 minutes per game. Not only can be bang down low, but he can stretch opposing defenses beyond the three-point line, where he’s been accurate 38.2% of the time. Two of his teammates, Joe Wieskamp (38.5%, 15.1 points per contest) and CJ Frederick (46.9%, 11.1 points per game) have also been threats from the perimeter and the latter leads the entire Big Ten in three-point shooting percentage. If this team plays through Garza, who will likely be the best player on the court each time out, and knocks down perimeter shots if opposing defenses collapse on him or double-team him, then watch out! The Hawkeyes have five wins over ranked teams already (#12 Texas Tech, #12 Maryland, #19 Michigan, #24 Rutgers and #19 Illinois) and added another quality win at Syracuse earlier in the year.

If you think back, certain lower-ranked teams have cut down the nets due to the incredible individual play of a star. Think of the runs that UConn made on the shoulders of Kemba Walker or Shabazz Napier, for example. Marquette will not overwhelm superior opponents. However, like Iowa with Garza, every time they step on the court, they will likely have the best player on the floor on their side. Howard is also firmly in the Wooden Award conversation and is averaging 27.9 points, 3.2 rebounds and 3.1 assists in 31.2 minutes per contest. Further, he’s impressively gone 86-for-217 (39.6%) from three-point range. With a win over Villanova under their belt, Marquette also took Butler to overtime on the road and earned quality conference wins against Xavier (twice), Georgetown and DePaul in recent weeks. Keep an eye on Howard and the Golden Eagles.

A little taste of the No. 1 scorer in college basketball from floor level.

Markus Howard is worth the price of admission. Did this in less than 5 minutes of tape (on our camera) in the first half. pic.twitter.com/nuyd1NYJy8

You might be wondering how a 5-6 ACC team could possibly be in this discussion, but there’s a reason why we are labeling Notre Dame as a deep sleeper. Key word: “deep”. Mike Brey’s team hasn’t had the results in the win column yet, the wins and losses don’t tell the entire story. Over their last 14 games, the Fighting Irish are 8-6, but their six losses (to Boston College, Indiana, NC State, #13 Louisville, Syracuse, and #5 Florida State) have come by a combined 14 points. You read that correctly: six losses by a total of 14 points. If they happened to win two or three of those six contests, they’d probably be ranked right now. Senior forward John Mooney has been an absolute beast, averaging 16.5 points and 13.2 rebounds over 32.6 minutes, but most importantly, this team takes care of the basketball. Their 204 turnovers ranks first in Division I, as does their impressive 1.78 assist:turnover ratio. With two ranked opponents (Duke and FSU) scheduled in their last nine games, watch for Notre Dame’s ascension. 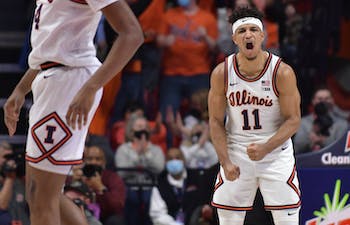 Horner: Why I Think Illinois Can Win The NCAA Championship 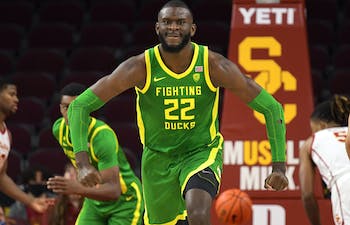 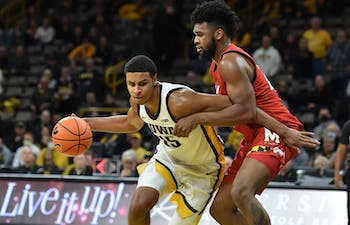 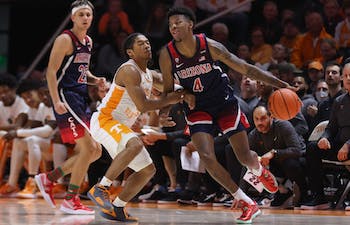 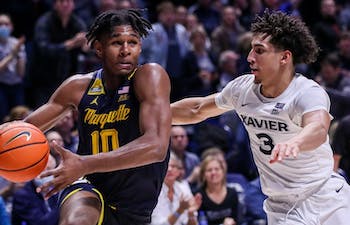 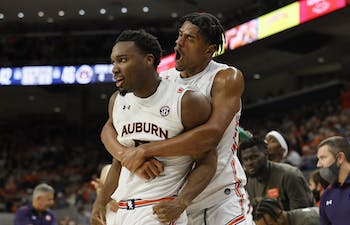