One trend you should definitely know is that the BetQL model is 8-4 (67%) on all 5-star MLB picks in the past 3 days for a total return of $254 on $100 bets! BetQL subscribers can see more betting trends and all of our best bets with star ratings for every game. Sign up for a BetQL Day Pass and see our best bets across all sports!

I don't usually make a habit of betting on Oakland Athletics games very often, mostly because they are a very bad baseball team, but I like over first five innings in this one against the Texas Rangers. If you know how I bet, I really like betting F5's, because there is a lot more predictability there than when the bullpen comes in to pitch. They easily could ruin a full game bet depending on how they do that day, so I like to stick to the starters, who I have a lot of Information on to make the most informed decision on how I want to bet the game.

Zach Louge has been anything but spectacular for the Athletics this season, and he'll take the mound for them today against the Rangers. Logue was rolling right along this season until he hit a buzzsaw against the Seattle Mariners, a team that actually isn't very good offensively, but still tagged him for seven runs in just 4.2 innings of work. This could be the downturn point of Logue, who is forced to remain as a starter due to an injury to Daulton Jeffries. Logue has a 4.43 ERA to go along with a 1.39 WHIP, and neither of those numbers are very promising at all. He was optioned back to Triple-A just a few weeks ago, but now is thrust into action again. Yikes.

As for the Rangers, I will keep this one pretty short and simple as to why the A's can score a plethora of runs. Taylor Hearn is pitching for Texas, and that is about the last thing you want to see as a Rangers fan. Hearn came into this season with a 4.80 ERA, having primarily played by coming out of the bullpen. This year as a starter he's posted a 5.77 ERA. He's also allowed right-handers to hit .297 against him this year. Every time he takes the mound, you have to find some way to play against him, he's just that bad.

With both pitchers struggling, I like the over F5 or A's F5.

Once again, I will go with an over in the first five innings, and we have the Colorado Rockies and Washington Nationals to thank for that. Both teams have been pretty bad this season, especially Washington, as their pitching rotation is a complete disaster. You can pretty much pick your poison when it comes to Nationals starters, and auto-bet against them with how awful they have been. Today, we get the very generous Joan Adon to play against, and he is a guy I will target every single time his name is listed in a game. Colorado fairs little better, with Chad Kuhl set to give up more runs again.

Kuhl started the season off pretty good actually, which was very surprising to see. He had a 1.82 ERA and 3.54 FIP through five starts to start out his campaign, but things have really taken a turn for the worse for our buddy Chad recently. Kuhl has allowed 12 runs over his last three outings. He's recorded just one strikeout over his previous two appearances. Left-handed batters are hitting him hard in his career, as he's given up a .356 wOBA against them. Do I need to stay more? He should be a prime candidate to fade on this slate, but his opposing counterpart on the mound might be even worse.

Joan Adon is not an MLB caliber pitcher, at least right now. Through nine starts he has a 6.97 ERA and 1.72 WHIP, to go along with his 1-8 record. Those eight losses lead the majors. The Rockies have plenty of firepower to get to him very quickly, just as the Dodgers did in his last start, where he surrendered six runs in 4.2 innings of work. This is one of the easiest matchups to look at on paper and immediately pick an over, which is what is scary about it. All of the sudden these guys become aces and pitch to perfection, and then you are trapped. The stats tell me that won't be the case, and I have to go with what I know instead of fearing the chalk.

Here's another easy bet to make that has chalk written all over it. The Guardians F5 moneyline should be a popular play today against the Detroit Tigers, considering who we have on the mound for these teams today. The Tigers also have one of the worst offenses in baseball, so playing against them on any occasion is a wise decision. However, let's take a look at the two starters we have in this game, and why Guardians F5 ML is an easy bet for me as a parlay leg.

Triston McKenzie has actually been really good this season, and he's currently on a hot streak. He dominated the Astros in his last time out on the mound, pitching six scoreless innings before Alex Bregman took him deep for a solo homer in the seventh. It was the second straight outing that that McKenzie pitched seven innings, and his fourth consecutive quality start. All of this great play recently has lowered his ERA from 3.71 to 2.70 while his WHIP has decreased to a fantastic 0.90 over 43.1 innings of work through eight starts. Now he gets to face a Tigers offense that is ranked dead last in most offensive categories in MLB.

Now let's flip to the other side of this pitcher's battle, which isn't really a battle at all. Elvin Rodriguez gets the start for the Tigers, another guy that isn't ready to be pitching in the major leagues. In his first appearance for the Tigers, he gave up four runs on three hits to just 13 batters he faced in 2.2 innings of work. That exploded his ERA up to 13.50, but going 4.2 innings against the Twins last time out and only giving up another four runs lowered his to 9.79. He has a 3.57 ERA in Triple-A, and this is a guy that was not good enough to even make the Tigers starting rotation to start the season, and he is only there because Detroit has six men on the IL. 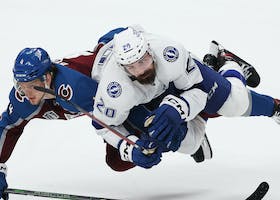 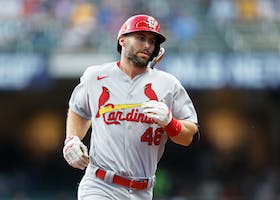 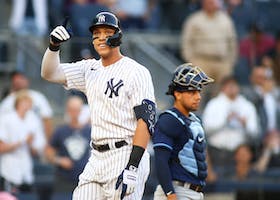 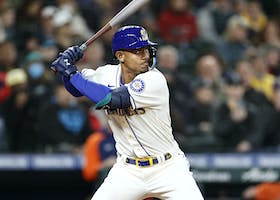 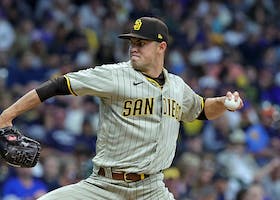 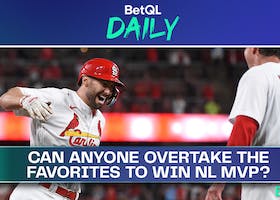 Can Anyone Overtake the Favorites to Win NL MVP?
25 days ago  |  ANY 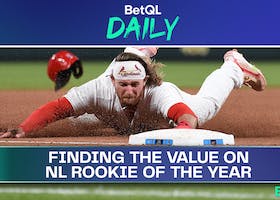 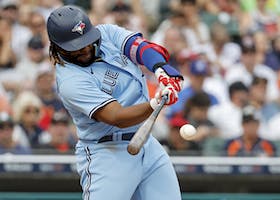 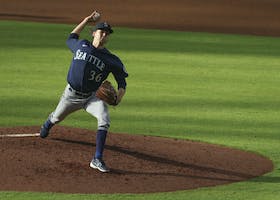