Breaking down the best bet in the Euro final

Check out our Euro 2020 Final Preview, Predictions, and Find the Best Odds Boost for this Match

After 50 matches and 22 teams being eliminated, the 2020 Euros is down to the final two teams. Italy and England will meet on Sunday at London’s Wembley Stadium with the winner being crowned the champions of Europe.

For anyone who’s been watching, it’s hard to deny that both teams have rightfully earned their spot in the final. However, what team will win it all remains a point of contention.

The betting odds are tight with England a slight favorite to win at +165, while Italy’s moneyline is set at +195. There is also a +195 moneyline if the match ends in a draw after 90 minutes and needs to be decided in extra time or penalties.

Bet the Euro Final Risk Free and get BetQL Free!

When you create a new account with BetMGM, you not only get your first bet risk free up to $600, but you can get an entire year of BetQL access free! Follow our prediction below, bet the game risk free, start building your bankroll, and get BetQL for free this football season

From start to finish, Italy has been the most impressive team at the Euros. They won their first two games of the tournament 3-0 while also knocking off Belgium and Spain during the Knockout Stage. The Azzurri have now scored 12 goals and conceded just three during their six matches. However, there is also no denying that they benefited from Belgium not being at full health in the quarterfinals before surviving a penalty shootout with Spain in the semifinals.

Nevertheless, this is easily the most impressive attack that Italy has brought to a major tournament in a long time. The goals have been spread around evenly with five different players scoring two goals each. While that doesn’t give the Italians a focal point for their attack, it also shows that they can score in a variety of ways and have half a dozen players who can be potential match-winners in a final.

Of course, there’s no question that Lorenzo Insigne has been critical to the Italian attack while Ciro Immobile remains dangerous despite not scoring since the Group Stage. Meanwhile, Immobile, Marco Verratti, and Nicolo Barella have all contributed two assists, as the Azzurri has used crisp passing to set up several of their goals during the tournament.

Traditionally, the Italians have excelled defensively when they’ve found success at major tournaments. That’s undoubtedly been a key to Italy’s success once again the backline anchored by Juventus teammates Giorgio Chiellini and Leonardo Bonucci. While both players are in their mid-30s, the experience they have playing together is invaluable, more than making up for their occasional lack of pace.

The only caveat for Italy defensively is that left back Leonardo Spinazzola was lost to injury in the quarterfinals, forcing the Italians to shake up their backline late in the tournament. Also, keep in mind that the Azzurri has failed to keep a clean sheet during the Knockout Stage.

The Three Lions began the Euros as the betting favorites to win it all, and they will head to their first final since winning the 1966 World Cup as the favorite. By no means has England played brilliantly over the last six matches. But the English side has slowly hit its stride during the Knockout Stage, eliminating Germany, Ukraine, and Denmark by a combined score of 8-1, earning the right to play the final in their home stadium in front of what will surely be a partisan crowd.

After a sluggish start to the tournament, we are finally starting to see glimpses of the high-powered English attack. Harry Kane has scored four goals in his last three matches and is also starting to drop deeper to become more of a playmaker, much like he did with Tottenham this past season when he led the Premier League in both goals and assists.

Meanwhile, Raheem Sterling looks like the Energizer Bunny, showing off his pace and fitness. While he hasn’t scored during the Knockout Stage, he’s looked dangerous and played a key role in creating both goals in the semifinals, drawing the penalty on the game-winning goal.

The question for England is can they get contributions from players other than Kane. At times, Jack Grealish and Bukayo Saka have helped to create chances. The Three Lions are also dangerous on set pieces. But England might need more than Kane and Sterling to get past Italy’s defense.

Of course, England’s defense has been strong all tournament. A wonder strike from Denmark’s Mikkel Damsgaard on a free kick in the semifinals is the only goal the Three Lions have allowed all tournament. England has taken a safe and pragmatic approach by playing with two holding midfielders in Declan Rice and Kalvin Phillips, who have helped to keep the backline protected. Harry Maguire and John Stones have been steady all tournament while Kyle Walker’s recovery speed has been critical.

Plus, England has thus far been able to rely on Jordan Pickford to make one or two brilliant saves in every match to hold opponents to just one goal in six matches.

To be frank, one could just about flip a coin to predict the winner of this match. Both teams have such obvious strengths that it’s easy to form a convincing argument why either team will win. In terms of intangibles, Italy has had one extra day to recover from the semifinals while England will surely get extra energy from the Wembley Stadium crowd to even things out.

As mentioned, with five different Italian players have scored two goals each in this tournament, they have more potential match-winners than England. But the English tandem of Kane and Sterling is better than any two Italian forwards. Kane is so dangerous because he’s willing to move around the field to collect the ball, making it tough for the center backs to track him.

Sterling’s speed and willingness to run at defenders could trouble Italy’s aging center backs. The combination of Kane and Sterling, along with England’s prowess on set pieces will end up being the difference.

The Best Odds Boosts for the Euro Final

BetRivers - Ciro Immobile and Harry Kane each to score a goal in FT(+1,000)

Early on there aren't a ton of great oddsboosts available for this final but BetRivers has put out a juicy one, on two of the top players in the game.

Immobile has scored two goals in five games in the Euro scoring against Turkey and Switzerland in Italy's first two group stage games. This Lazio striker is due for another goal and as one of Italy's top performers we expect him to come up big in this game.

Kane has scored four goals in six games scoring in the last three games in a row against Germany, Ukraine, and Denmark. Harry is the target for England up top and will have plenty of chances in this game. Also Kane is the man to take a PK for England as we saw in their last game against Denmark. If England is able to get another PK you have a good chance of cashing on this goal scorer parlay.

If you aren't in love with the boost from BetRivers above BetMGM has you covered with their offer of Sterling to score a goal in this final. Sterling or Kane has scored in every game England has scored so far in the Euros, so you have to think one of them will bag one in this game against Italy. Sterling has the much juicier odds with (+300) to score a goal while Kane is only (+165) to score. You can see above that we predict a few goals in this game so we recommend diversifying your bets and sprinkling some on the boosts above.

If you are a new user to BetMGM you will not only get the amazing odds on Sterling to score you will also get a risk free bet up to $600, and BetQL free for a year. Honestly this is an offer that is too hard to pass up 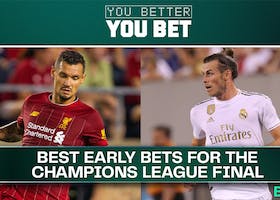 Developing A Personal Betting Strategy
7 months ago  |  ANY

How To Shop For Betting Lines
7 months ago  |  ANY

Understanding Bankroll Management
7 months ago  |  ANY

About BetQL's Sharp Data
7 months ago  |  ANY

Fading The Public
7 months ago  |  ANY

About BetQL’s Public Data
7 months ago  |  ANY 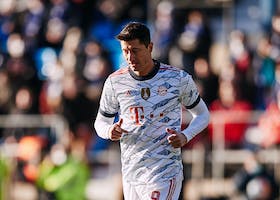