Four Teams That Are a Threat to Win 2020 Champions League

As long as Lionel Messi is playing, Barcelona should be considered one of the favorites to win Champions League. We shouldn’t forget that Barcelona played a 1-1 game with Napoli in the first leg of the Round of 16, so they’ll need to win the second leg to reach the quarterfinals. But if they do, Barca will surely be among the favorites to win Champions League for the third time in the last 10 years. At the moment, the Catalan side is locked in a tight race with Real Madrid for the La Liga championship. But playing meaningful games down the stretch should help them be sharp when Champions League resumes. Barcelona has scored far more goals than any other team in Spain this season; not even Real Madrid is close. If Messi and company can hit their stride late in the La Liga campaign, they’ll be playing at a high level when Champions League rolls around.

After another ho-hum Bundesliga title for Bayern, the German giants will look to capture Champions League for the first time since 2013. Technically, Munich has to play the second leg of their Round of 16 match with Chelsea. But after winning the first leg 3-0, they are a safe bet to reach the quarterfinals. In seven Champions League games this year, Munich is 7-0 and outscored its opponents by 22 goals. The squad led by striker Robert Lewandowski has been equally impressive within the Bundesliga. The only concern is a layoff of more than a month after the domestic season in Germany ends. However, the match with Chelsea should help Bayern shake off any rust and be ready to fire on all cylinders in the quarterfinals.

Pep Guardiola has won everything he can win at Manchester City with the exception of a Champions League title. With Liverpool running away with the EPL title, Guardiola’s club can focus solely on Champions League in August. In fairness, it won’t be easy with City still needing to hold off Real Madrid in the second leg of the Round of 16. However, the Sky Blues have looked sharp coming back from the lockdown. Guardiola should have his team properly motivated for the second leg with Real Madrid, and if Man City can survive that, they have as good a chance as anybody of winning Champions League.

French champions PSG might be the most fascinating team to watch when Champions League play resumes. Unlike some other leagues, Ligue 1 in France didn’t return after shutting down the season because of the coronavirus pandemic. That means Les Parisiens haven’t played a game since March 11 when they beat Borussia Dortmund 2-0 in the second leg of the Champions League Round of 16. Obviously, Thomas Tuchel’s side will play some exhibition matches to get ready, but PSG will go nearly five months between competitive matches, which is downright crazy to think about ahead of a Champions League quarterfinal. That being said, PSG has more than enough talent to win Champions League, most notably stars like Neymar, Kylian Mbappe, Edinson Cavani, captain Thiago Silva, and goalie Keylor Navas. 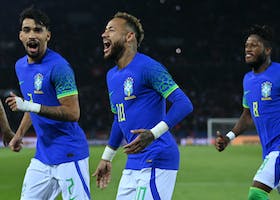 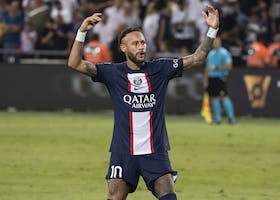 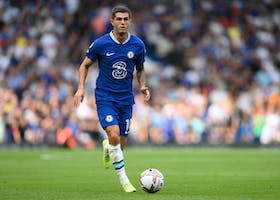 BetMGM ROAR: Can USA Advance in the World Cup?
2 months ago  |  ANY