Breaking down Tuesday's matchups in the 2020 Euros semifinal

It feels a little bit like a redemption tour for both Spain and Italy, the two teams squaring off in Tuesday’s Euro 2020 semifinals. Spain hasn’t been this deep into a major tournament since winning the 2012 Euros. The same is true for Italy, which lost to the Spaniards in the finals of the 2012 Euros with La Roja smashing the Azzurri 4-0.

On Tuesday, the two proud nations meet again, this time for the right to play in the finals. The Italians are considered slight favorites in the game with a moneyline of +145, while Spain has a moneyline of +200 to win the match.

Despite reaching the semifinals, Spain has had a rather up and down tournament. La Roja started slowly, settling for a draw in their first two matches while scoring just one goal over those two matches. Of course, the Spaniards came alive offensively, scoring five goals in back-to-back games to beat Slovakia and Croatia. However, their only goal in the quarterfinals came on a fortuitous own goal by Switzerland, who La Roja would eventually defeat in penalty kicks.

Naturally, that begs the question of what kind of Spanish attack we will see in the semifinals. Spain had an extra man for the final 13 minutes of regulation and all 30 minutes of extra time against Switzerland but still failed to score the game-winning goal. Even with 66% of the possession and 10 shots on goal, the Spaniards failed to score outside of the Swiss own goal. That’s surely concerning after La Roja did such an amazing job in back-to-back matches of finishing scoring chances. With starting striker Alvaro Morata getting an early hook in the quarterfinals, it’s possible that Spain is back to the form they had early in the tournament when scoring goals was an issue.

Meanwhile, Spain has conceded just five times in five matches during the tournament. However, an average of one goal conceded per game isn’t exactly ideal for a team that dominates time of possession. The Spaniards failed to close out one-goal leads against both Poland and Switzerland and let a two-goal lead against Croatia in the Round of 16 slip away in less than 10 minutes. It’s also no secret that goalie Unai Simon has had some unsettling moments during this tournament, including an own goal against Croatia that was his fault. In other words, there are questions about Spain’s ability to defend when pressed, as they’ve struggled to manage the game while playing with a lead.

From the start of the tournament until now, it’s clear that Italy has been the best team. They’ve played matches and won all five while outscoring their opponents 11-2. The Azzurri were ultra-impressive during the Group Stage, although some questions popped up during the team’s Round of 16 victory over Austria. However, most of those doubts were squelched after the Italians knocked off Belgium in the quarterfinals in what was arguably the most impressive team has had in the tournament.

Italy’s attack has perhaps been the biggest surprise of Euro 2020. Italian teams of the past didn’t always excel in the attacking third of the field, but that’s not what we’ve seen during the last five matches. As mentioned, Italy has scored 11 goals in five matches with four different players scoring two goals apiece. Ciro Immobile has consistently created problems for defenses during the tournament while Lorenzo Insigne’s wonder goal against Belgium is proof that Italy has individual players who are capable of scoring world-class goals. Meanwhile, Marco Verratti has contributed two assists in the three games he’s been back from injury, giving Italy plenty of creativity coming out of the midfield.

On the defensive side of the ball, the Italians have shined, as expected. While the level of competition they’ve faced hasn’t always been that high, giving up two goals in five matches is an impressive accomplishment. Most importantly, keeping Belgium scoreless in the second half of the quarterfinals is a testament to how well the Italians can defend when pressed by a desperate team seeking an equalizer. To be fair, Belgium wasn’t at full strength in that game. Nevertheless, the Italians remained in control through the second half of the match and never looked like a team that was going to give up its lead.

We’ve seen moments of brilliance from Spain during this tournament, which is why one shouldn’t dismiss La Roja’s chances of winning this match. But Italy’s consistent dominance from the very first game of this tournament is impossible to ignore. They are strong at every position and have shown few if any obvious weaknesses during the tournament. The same can’t be said of Spain, which has struggled to play with a lead and still doesn’t have a ton of confidence in its strikers. While this game should be played at a high level, the Italians will be able to maintain a high level a lot longer than Spain. 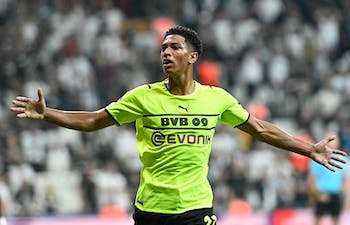 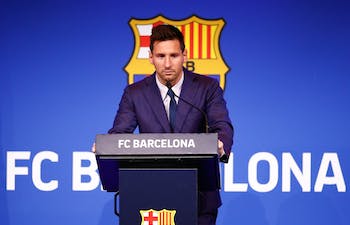 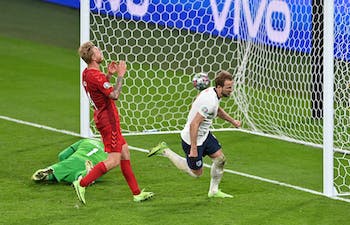 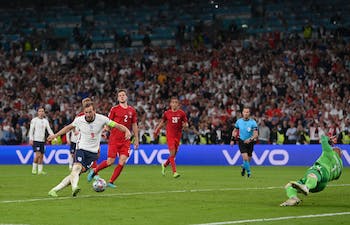 Grant Wahl: "England Is About to Win This Championship" 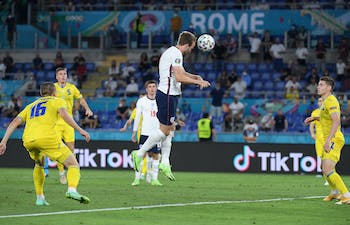 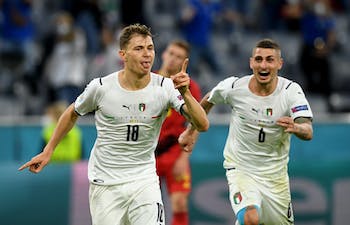