Brad Stevens’ Fingerprints Are All Over Boston’s Epic Turnaround

On January 31st, Jaylen Brown tweeted, “The energy is about to shift”.

At that point, Boston was 27-25, was not regarded as a legitimate contender and questions swirled about the coexistence of Brown and co-star Jayson Tatum.

It appears as though Brown knew something was going to click behind the scenes; the Celtics finished the regular season with a 24-6 record after that tweet, swept the Nets in the first round of the Playoffs and then dispatched the defending champion Bucks in an exhilarating second-round series that went seven games.

Now just one win away from the NBA Finals and up 3-2 against the Heat, Boston has a franchise-altering opportunity to win Game 6 and move on to the NBA Finals. While much of their current position can be attributed to the players and stellar coaching job that first-year head coach Ime Udoka has done, it was first-year president of basketball operations Brad Stevens that made crucial, forward-thinking decisions before and during the course of the season.

When Al Horford steps on the court in Game 6, it will be his 140th career playoff game. That’s the most postseason games played without an appearance in the NBA Finals, per ESPN, but if the veteran big man continues to play like he has recently, he will break that streak.

Per FiveThirtyEight, Horford has held opponents to an effective field goal percentage of just 43.1% during the playoffs, 4.6% below expected, while defending a whopping 291 total shot attempts, by far the most on the team. He trails only Grant Williams for the team lead in closeouts and is fourth among 103 qualified defenders in field goal percentage allowed from the paint.

In other words, the dude has been balling out on the defensive end of the floor.

If you recall, re-acquiring Horford was Stevens’ first move in his front office role. He traded away Kemba Walker, the No. 16 pick in the 2021 NBA Draft and a 2025 second-round pick for Horford, Moses Brown and a second-round pick in 2023. Hindsight is always 20-20, but if Stevens did not pull the trigger on that deal, it’s difficult to believe this team would be where they are right now. They’ve benefitted from not only Big Al’s on-court talent, but his leadership as a veteran.

Then, in February right before the Trade Deadline, Stevens sent guards Josh Richardson, Romeo Langford and a top-four protected 2022 first-round pick to the Spurs for combo guard Derrick White, who played for Udoka when he was an assistant in San Antonio. The familiarity with Udoka’s mentality and White’s skill set as a ball-handler on the second unit made him a near-perfect acquisition for a team that was in need of exactly that.

White had 13 points, eight rebounds and six assists in Game 4 and followed that up with 14 points and five assists in Game 5 after missing a game due to the birth of his child earlier in the series. He’s been a key ingredient as an offensive contributor and lockdown defender that can play big minutes off the bench if needed.

Udoka’s ability to mix and match lineups with Tatum, Brown, Horford, Marcus Smart, Robert Williams III, White, Williams and Payton Pritchard as the key contributors in the eight-man rotation was created by Stevens and his foresight. And that should be recognized.

While most modern-day NBA teams are built with offense in mind (heck, the Warriors just punched their ticket to the Finals for the sixth time in eight years), Stevens and Udoka have zigged where others have zagged.

Boston is 42-7 this season when holding teams to 105 points or less and were the best defensive team in the NBA during the regular season, especially when the current roster began to click.

"I think the mental stress and strain we put on some teams with our defense has worked and carried us through the playoffs at times," Celtics coach Ime Udoka said after Game 5, via ESPN.

He wasn’t kidding. On Monday, Boston held Miami’s starting five to 18 points. That was the lowest total for any playoff team’s starters since the 1976 ABA-NBA merger, per StatMuse.

Over the last two games (both Boston wins), the Celtics have controlled the pace and have made life very uncomfortable for their opponents as the 91.75 pace metric indicates. (Keep in mind that the slowest pace averaged during the regular season was the Mavericks at 95.64.) Not only is Boston taking its time on offense, but they’ve consistently been able to get back and set defensively, which has made trying to score a nightmare for a hobbled Heat squad that has been unable to get out and run on the break.

In those two victories, Boston’s defense has held Miami to 32.6% shooting from the field, including 25.9% from three-point range (10.5 for 40.5 per game on average). Further, when defended directly by Tatum or Brown, Heat players have shot just 23.5% from the floor and when Horford or Williams III have checked them, they’ve shot just 24.1% from the field. Those are unsustainable numbers to repeat because of how insane they are, but it speaks to how those particular starters have clamped down on Miami.

I’m already salivating about the potential battle between Boston’s elite defense and Golden State’s elite offense in the NBA Finals, but first they have to take care of business in Game 6. Until then, it’s time to put some respect on Stevens’ name, because it was his decision-making that allowed the Celtics to thrive.

He didn’t work out as a Celtics coach, but Stevens will immediately become immortalized in Boston if the Celtics pull off one of the most impressive midseason ascensions in modern-day NBA history by raising the Larry O’Brien Trophy. 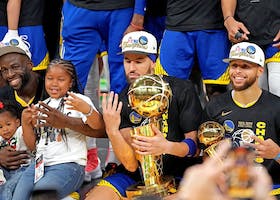 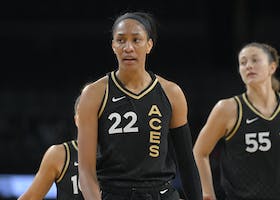 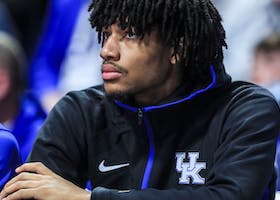 Potential Lottery Sleepers In The NBA Draft
4 days ago  |  NBA 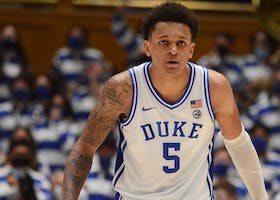 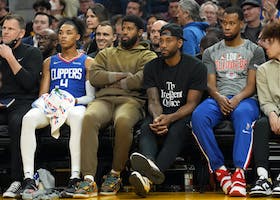 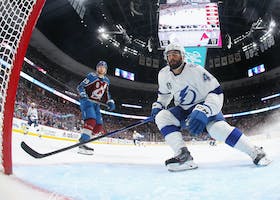 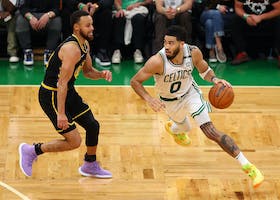