Thursday's NHL trends are collected and ready to go. Let's take a look at what you should know before betting today's NHL playoff games.

One trend to note is that the BetQL NHL model has gone 41-24 (63%) on all NHL picks in the past three days for a total return of $959 on $100 bets, so you'll definitely want to know who the model is picking in these awesome first-round matchups. BetQL subscribers can see more betting trends and all of our best bets, including player props, with star ratings for every game!

We have learned now that the Minnesota Wild are, in fact, frauds after losing to the St. Louis Blues 5-2 on their own home ice Tuesday night. Okay, so maybe they aren't, but they are to the guy who had them as the last leg in a parlay. That someone would be me, and I'm sure many others. The Blues won by the same score now in two straight games, 5-2. Believe it or not, these were the closest contests of this series. Still, we can't complain about a Game 6 I suppose.

Both teams have been completely Jekyll-and-Hyde throughout the series, and honestly, it has been very hard to make predictions because of that. The best bet I would give for any game in this series is the over, and it has been hitting every single game. St. Louis may have won two in a row, but generally speaking in this series, their defense has been poor allowing a high rate of 3.64 goals against per game. The Blues were always going to be relying on their offense to win games in the postseason, and you can see now why.

Minnesota actually leads on high-danger chances in the series, but they haven't been able to break through nearly enough. Kirill Kaprizov has been excellent and scored both of his team's goals in Game 5. One guy can't carry the whole team though, and some others are going to have to step up if they want to come back. The defense and goaltending have also been an issue. Marc-Andre Fleury has managed a .914 save % and +0.1 goals saved above expected rating in his four games, but we have seen him crumble in the past, just as he did Tuesday night.

Carolina is one win away from advancing past the Bruins after Boston had tied the series up at 2 games a piece. It seems that Boston has serious problems beating the Hurricanes on the road, as they have lost all three road games in the series. Consequently, Carolina has lost both games in Boston, and that is where Game 6 will be held. So who has the edge here?

After giving up a combined 10 goals in the first two games, Boston started to play better defensively for Games 3 and 4, but went right back to their old ways in Game 5. What is weird is that the stats all seem to favor the Bruins, yet they are down in the series. Through five playoff games, the Bruins rank No. 1 out of 16 playoff teams in xGA/60 in 5-on-5, which is extremely impressive when you consider the teams competing. Boston is also allowing just 8.13 High Danger Chances per 60 minutes in 5-on-5, and have also put more shots on goal in four of five games against Carolina.

The Hurricanes are a highly potent offense, as they have been all year long. They proved that in Games 1, 2 and 5, but it is weird to say that they have been scoring a bunch considering their stats. Carolina has generated just 1.85 Expected Goals For per 60 minutes in 5-on-5, which ranks last out of all postseason teams.

This has been one of the best series to watch throughout the postseason, and no one is happier than I am that we get a Game 6 between these two juggernauts. Neither team has been able to hold the momentum in this series, so could that mean a win for the defending Stanley Cup Champs at home? It's hard to believe that Tampa Bay has won NINE straight playoff series' going all the way back to 2019 when they managed to get swept by the Columbus Blue Jackets. Meanwhile, Toronto hasn't won a playoff series since Tom Brady won his third Super Bowl in 2004.

This series has been playing out sort of like the St. Louis vs. Minnesota one, in that these teams are completely unpredictable when they face each other. There have been a ton of penalties between these two teams, with 37 on the Maple Leafs and 34 on the Lightning in just five games.

Toronto needs to get better play from their goaltender Jack Campbell, because even though they managed a great comeback in Game 5, they were down 2-0 very quickly in a playoff game. That usually won't get it done. To be fair, even Tampa's star goalie Andrei Vasilevskiy hasn't been all that great either. He has a .888 SV% and -0.6 Goals Saved Above Expected.

The Kings have won two straight and now lead the series 3-2 against Edmonton, who are literally the "Kings" of choking in the playoffs. I'm not sure you can name a team that has been more disappointing in the postseason as of late than the Oilers, who have two of the biggest superstars in hockey but can't win a series. I feel bad for Connor McDavid and Leon Draisaitl, but they will have to play out of their minds to come back in this one.

Even when the defense was bad for LA, which is pretty usual for them, they still have managed to score at will against a horrible Edmonton defense and goalie situation. Still, they might want to get when got them here back on track. During the regular season, the Kings ranked 11th in five-on-five xGA per 60 minutes. Jonathan Quick was not nearly as good in Game 5 as he was 4, stopping 31-of-31 shots to shut out the Oilers. He only stopped 24 of 28, and had a awful .857 SV%.

Edmonton is carried on the backs of McDavid and Draisaitl, who have been literally everything for this team. McDavid had a goal and 2 assists in Game 5, and Draisaitl had 2 goals and an assist. It still wasn't enough for this team. Mike Smith has not been good in net, but his defense doesn't do anything to help him out. He faced 43 shots in Game 5, far more than Quick. 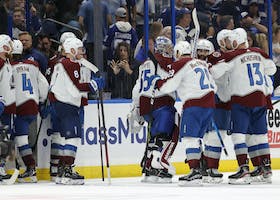 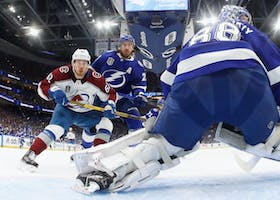 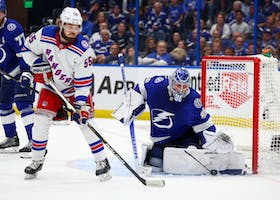 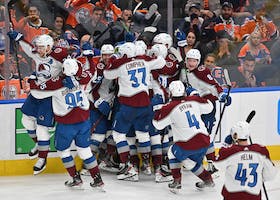 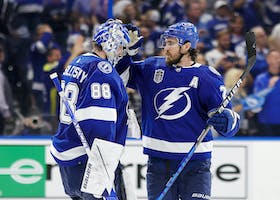 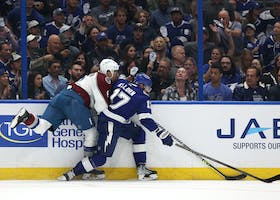 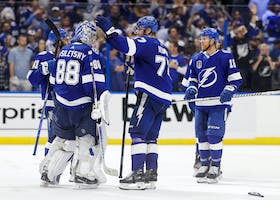 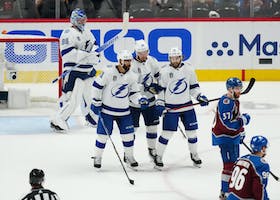 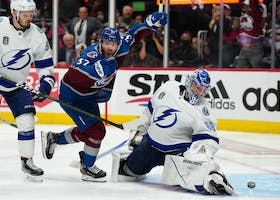