The Kansas City Chiefs and Buffalo Bills will face off on Sunday at 6:30 p.m. in the divisional round of these NFL playoffs and the Tampa Bay Buccaneers and Los Angeles Rams will meet up on Sunday at 3 p.m.

The Bills might be rolling right now after their massive win over the Patriots, but something Brady said this week shows he's figured Allen out and seemingly took some pleasure in watching his former team go down to the Bills in Buffalo.

“Playing in Buffalo, I know how tough it is to play up there,” said Brady on his Let’s Go! podcast. “Myself, personally, playing up there found success, obviously, but at the same time they were always challenging games and when those guys get going, man, it’s tough. The way that Josh Allen was playing that night. I know I saw that first touchdown pass where he was on the sideline and then after the game he said, ‘I was actually trying to throw that away.’ From a quarterback standpoint when that happens you’re like man, things are going your way that day. You think you’re throwing a ball out of the back of the end zone to conserve a field goal, next thing you know your tight end is catching in the end zone for a big way to start the game. It was one of those nights where Buffalo’s offense was almost impossible to stop.

“Josh Allen played spectacular football in zero-degree weather and was throwing the football extremely well,” Brady also said. “They have a lot of talented skill players. Buffalo was pretty unstoppable that night.”

Something tells me Brady would love to face the Bills in the Super Bowl for a chance to take a jab at the Patriots by beating the team that knocked New England out of the playoffs. If he can't face the Patriots themselves in the championship, the next best thing would be to do what they could not and beat Buffalo.

Not to mention, even without this added incentive for Brady, the quarterback has done well against Allen and the Bills over the years. With the Patriots, Brady was 32-3 against the Bills and then he beat them with the Buccaneers this season, 33-27.

So the fact that the Bills knocked off the Patriots would just be the ultimate icing on the chocolate cake, as Andy Reid would say, for Brady in this potential Super Bowl matchup.

And Brady, especially with this extra motivation, would be more than ready for the challenge. 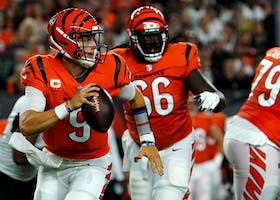 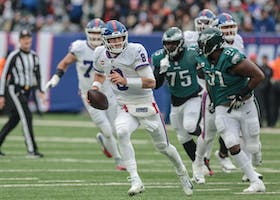 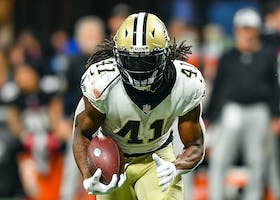