Defending AFC champs won't sneak up on anyone this year

The Cincinnati Bengals had an all-time great Cinderella season last year. The whole "worst to first" situation is nothing new in this league, but Cincy was an extreme example.

Going from just a 4-win team in 2020, to 10 wins and a division title would've already been considered a success, but then they had to go ahead and win the AFC and play in the Super Bowl, so they just blew the whole thing out of the water.

All that being said, the Bengals aren't guaranteed anything similar this season, and there's even a chance for a major setback in 2022.

There's also the potential for another playoff run.

It starts with the Super Bowl curse. Well technically it's about losing the Super Bowl, so it's more of the hangover afterward, but either way, the Bengals already have that working against them this coming season.

Sure there's plenty of factors that played a part in these fall-offs, but the list goes farther back than just seven years ago.

Add that to the fact that Cincinnati plays in a stacked AFC, and arguably the second-best division in the NFL with the Ravens and potentially loaded Browns (depending on Deshaun Watson's status), not to mention a Steelers team that's still coached by Mike Tomlin, and you have a mix of one tough climb ahead.

They have just the third-best odds just to win the AFC North this season (+205) and oh yeah, they also have the third-toughest schedule coming into the season to work with too.

So clearly, there's a chance we see them go under that 9.5 win total.

There's also the other side of this coin, where you can see a path to success again in 2022. For one, we knew they needed to address their offensive line and protect Joe Burrow at all costs (sacked 70 times in 20 games including playoffs). Well, they did just that, with names like La'el Collins, Alex Cappa, and Ted Karras coming over in free agency. Pro Football Focus already called their offensive line one of the most improved in the league.

They also have the playoff experience and swagger from last year's run, and a clear franchise quarterback in Burrow, to go along with two 1,000 yard receivers in Ja'Marr Chase and Tee Higgins. Experience goes a long way, especially for a team with a young core, and having last year on their resume gave them just that.

This is what makes the Bengals outlook so complicated. If they were playing in the NFC, we wouldn't be having this conversation. The reality is though, with all the talent and success, there's plenty of obstacles ahead that can cancel all that out.

The Bengals won't be sneaking up on anyone this year, and they better be ready for what lies ahead. 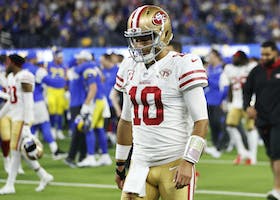 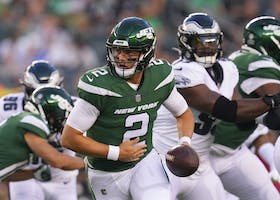