Alabama star quarterback Bryce Young is "day-by-day," according to head coach Nick Saban, but what does this mean for their odds to win the title? Nick Kostos and Ken Barkley discussed this on You Better You Bet.

"The most important story in terms of the national title picture honestly probably happened last weekend and it was that Bryce Young got hurt," Barkley said. "That's probably actually the most important, impactful thing for the national title that's happened the entire season, including every result of every game because it was probably going to be one of these three teams in the end. ... You have three teams that can win the title, if one of the quarterbacks doesn't play now you've got two teams, the market should obviously adjust to that."

Alabama (+250) has the third-shortest odds to win the national championship at BetMGM behind Georgia (+200) and Ohio State (+200). And as for Alabama's matchup with Texas A&M this week, BetQL has some big star-value picks for you in this one that you won't want to miss before betting on this game. Check those out below!

Bet college football risk-free up to $1,000 at BetMGM right now! Take advantage below! 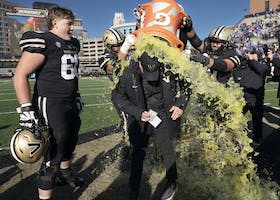 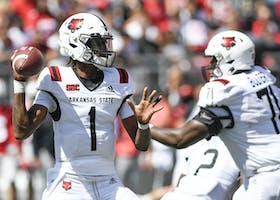