​​See our breakdown for the Week 13 matchup

As usual, one of the highlights of the final weekend of the college football regular season is the Iron Bowl between the Alabama Crimson Tide and the Auburn Tigers. Even though the SEC West race has already been decided, this is always one of the most heated rivalry games of the college football season and has been known to produce some unforgettable moments. The home team has won the last five games in this rivalry, including Alabama’s 42-13 win in Tuscaloosa last year. However, Auburn is a 19.5-point home underdog this year with the over/under for the game set at 56 points. CLICK TO SEE LIVE ODDS.

Bryan Harsin’s first November at Auburn has not been a good one. The Tigers have lost three straight games, dropping them to 6-5 overall and taking them out of contention in the SEC West. After back-to-back wins over Arkansas and Ole Miss, it’s been disappointing to see things fall apart for the Tigers. While Auburn has already secured bowl eligibility, the Tigers don’t want to go to a bowl game on a four-game losing streak and risk a losing season if they lose their bowl game.

The Tigers have had injury added to insult with quarterback Bo Nix getting hurt late in the year. Nix missed last week’s loss to South Carolina and won’t play against Alabama either. T.J. Finley started in his place but didn’t have his best performance, completing just 17 of his 32 passes for 188 yards. The silver lining for the Auburn offense is the Tigers can still lean on running back Tank Bigsby, who ran for 164 yards in a losing effort last week. Jarquez Hunter also gives the Auburn backfield another potent option. However, it’s hard to ignore the fact that the Tigers have scored just 23 points in their last six quarters, as their offense has stalled late in the season.

In other words, it could be up to the Auburn defense to keep them in the game this week. Eight of Auburn’s 11 opponents this year have been held to 24 points or less, so the Tigers don’t give away points easily. Admittedly, they ran into some problems against the Mississippi State passing attack a couple of weeks ago. But it’s a rarity to see the Tigers struggle like that defensively because they have some difference-makers on that side of the ball, especially at the line of scrimmage.

The Crimson Tide already knows that they’ll have a date with Georgia in the SEC Championship Game next week. But thanks to a loss to Texas A&M earlier this season, Alabama knows it can’t afford another loss and still be assured of a spot in the College Football Playoff. Since the loss to Texas A&M, the Crimson Tide has rattled off five straight wins to stay in the CFP discussion. But recent games against LSU and Arkansas were too close for comfort, so nothing should be taken for granted at this point.

Outside of the win over LSU earlier this month, there have been few problems with the Alabama offense this year. The Tide is averaging 44.4 points per game, scoring at least 38 points in all but two games. Bryce Young has answered the call in his first season as the starting quarterback, completing over 71% of his passes with 38 touchdown passes and just three interceptions. The only caveat is that there is a drop-off in receiving talent once the Tide gets past Jameson Williams and John Metchie. There also isn’t a proven backfield complement for Brian Robinson. Nevertheless, the trio of Williams, Metchie, and Robinson is capable of doing serious damage.

Defensively, Alabama is giving up less than 20 points per game, although there have been some flaws exposed at times. Despite slowing down the Arkansas rushing attack last week, they struggled to put the Razorbacks away, giving up over 350 passing yards and only winning by a touchdown. Similar problems defending the pass kept Tennessee competitive with the Tide until the fourth quarter and caused Alabama’s downfall against Texas A&M despite facing an inexperienced quarterback. On the other hand, Will Anderson has 13 sacks to lead a defense that’s averaging more than three sacks per game. The Crimson Tide also has 12 interceptions this year, so they have ways of shutting down the passing attack.

Without Nix, Auburn is at a huge disadvantage in this game. But Finley has some experience under his belt and the Tigers have some capable wide receivers to help take advantage of some issues with the Alabama secondary. At home, the Auburn defense isn’t going to give up anything easily. There’s a good chance the Tigers can make things interesting and stay within striking distance late in the game.

Want to see the edge our model found? Click the button below to get a $4.99 Day Pass to BetQL! 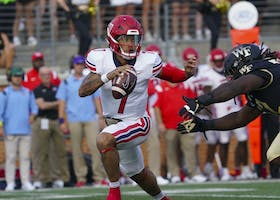 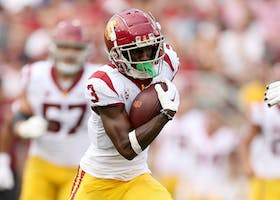 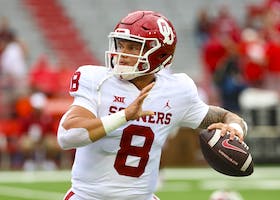 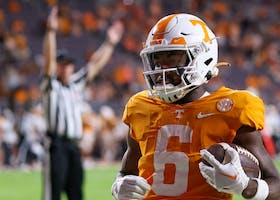 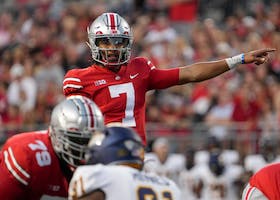 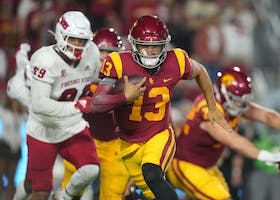 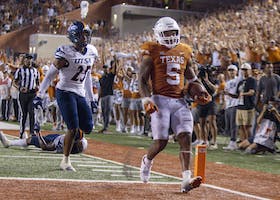