Lincoln Riley is coming to town Trojan fans, and with him comes the hopes and dreams of another roster capable of winning a National Championship. Riley knows what it takes to build a program up, and I think he will end up as one of the better hires in college football before too long. Finally, USC will be back on the map instead of a forgotten about west coast team that doesn't matter. It's been far too long for a program with such a storied history, but I think we all knew they would get back to prominence at some point. Riley will be able to lure in some of the most elite talent in the country to southern California, an area that is already desirable to many young stars who want to be in the spotlight, but now have a coach with real pedigree. If only they could lower taxes and the cost of living, and people would flock to LA with that weather.

The best part about this bet is their path to the playoff should be far easier than for most teams in the Pac-12 conference. Riley's QB at Oklahoma Caleb Williams entered the transfer portal recently, and one would think he is trying to reunite with his old coach. With QB Jaxson Dart entering the transfer portal to leave USC, it would appear that way at least. I just think this is tremendous value for a guy who should land some great talent in the transfer portal with his excellent recruiting.

Okay, so the Buckeyes are on everyone's watchlist to win the 2023 National Championship it seems, but there is a reason for that you know. I fully expect Ohio State to be a juggernaut next season, and the high-expectations that will be placed on them should energize the team for a championship run. Make no mistake about it: points will be scored in games featuring Ohio State. This offense has some of the brightest stars in the game contributing to it, with a bunch of last year's standouts returning in 2022. QB C.J. Stroud is the obvious first name that will pop out to you. The Heisman contender was one of the best signal-callers in the nation in 2021, and I expect he will just keep getting better as his experience keeps increasing on the field. He's not the only one looking to make some noise in their return. RB TreVeyon Henderson and WR Jaxon Smith-Njigba are back to help Stroud make this offense the best in the country, and I think it might be that.

The program scooped up defensive coordinator Jim Knowles to lead their defense, an excellent hire who coached one of the premier defenses last season at Oklahoma State. The Buckeyes play Notre Dame in Week 1 next year, and while my Irish will be good next year, this number will probably drop if they beat us. I'd grab it while you can.

Do I really need to give an explanation here? I mean, it's Alabama. They will have a plethora of 5-star recruits joining the team once again, as well as returning faces from this past season who made the National Championship game. Getting the Tide at plus-money should be a gift, because each year they are basically a mortal lock to make the college football playoff. The committee wants them in there so badly each year, that they could lose two games and still make it in. This number might be the best you get on Alabama all year, depending on how they play, which will almost certainly be well.

Among the stars returning is LB Will Anderson Jr., who isn't draft-eligible until 2023. I'm not lying to you when I say that Anderson might be the best player to ever play defense for the Crimson Tide in the Saban era. There has been a ton of stars play for this team over the years, but Anderson may eclipse them all. He has 39 more QB pressures than any other power 5 conference player over the last two seasons, which is just remarkable. Also returning is their Heisman winning QB Bryce Young for his junior season, and I expect him to take another step in his development towards becoming the #1 overall pick in the NFL Draft.

With the best recruits in the nation, top transfer's joining the squad, returning superstars, and the greatest college football coach of all time at the helm, how can you not bet on Alabama? It would be foolish not to. 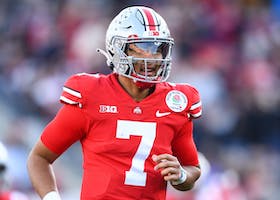 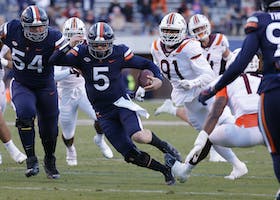 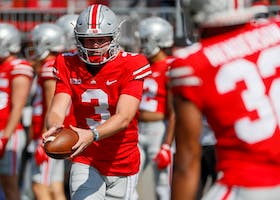 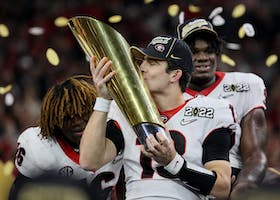 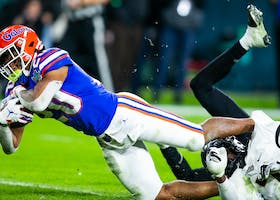 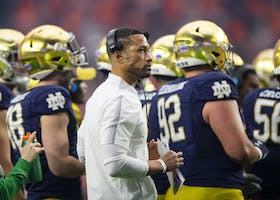 Prediction: Notre Dame Will Start The Marcus Freeman Era With Some Early Losses
18 days ago  |  NCAAF 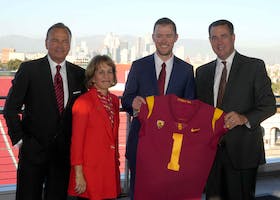 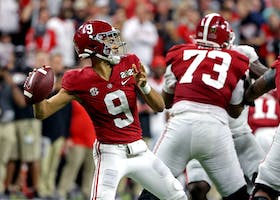