Now's The Time To Bet On The Wizards Making The Playoffs

One of the narratives that stands out the most in the NBA is the fact that it's a long season. Now, this can be a bad thing when you're trying to keep the most casual fans interested, but it can also be a good thing if, say, a team is looking to make up for lost ground after a rough start to the season.

As we're closing in on mid-January, it's safe to say we have enough of a sample size to figure out who the real contenders are, but we also have those 'tweener teams that can still make a run. You know, the organizations that have one foot in the postseason, and the other in the draft lottery.

The Washington Wizards are one of the kings of living in NBA purgatory, where essentially they've passed up multiple chances to rebuild after their core has maxed out, and instead tried their best to just squeak into the playoffs and get that extra cash from a couple home games before getting bounced.

This history and organizational mindset brings a nice opportunity for you on the futures market, though.

Trust me when I say, this is who the Wizards are. I covered the team for years in Washington, and they always find a way to keep your hopes up for a late playoff push. It doesn't always work out, but their consistently warm seat in the NBA playoff waiting room makes their +270 odds to make the playoffs on DraftKings a solid value at this point in the year.

Right now they sit ninth in the East, with a roster that's been devastated by health and safety absences recently. This is a team that started off 10-3, and while that record turned out to be misleading, it's also fair to say they have enough talent to get back to the playoffs a second year in a row, especially with the back end of the playoff picture featuring a log-jam of five teams within three games of .500.

The Wizards rank 21st in strength of schedule the rest of the way, according to Tankathon, with three games still against the horrid Pistons, two more with the equally-as-bad Magic, and one more against the Rockets (who at this point should be relegated to the G-League), along with the Kings, and even the well-under-.500 Spurs.

They haven't played with a full roster until just recently, with Rui Hachimura and Thomas Bryant just getting back to the lineup, so you're adding even more to the mix as we move forward.

One of the knocks I've had on this team all year has been that they might have too much depth once they get to full strength, but as we're seeing with last-minute COVID absences, you can't have enough players this season in the NBA.

The Wizards have the talent to get back to the playoffs, without question, and now is the time to take advantage of the market. 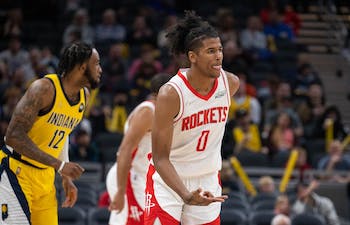 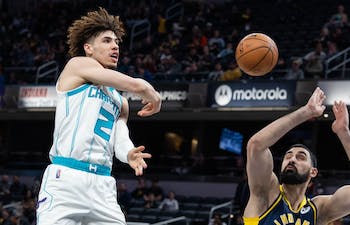 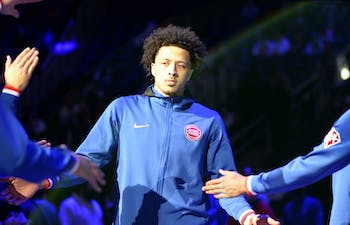 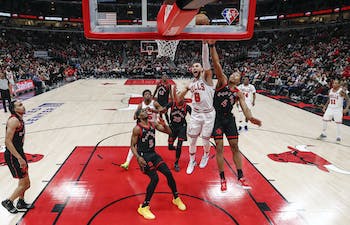