How Has the MLS Stacked up in the CONCACAF Champions League?

On to the weekly recap for the first leg of the CCL Round of 16.

Marathon 2 - 2 Portland Timbers
The Timbers were the first MLS team to play in the CCL Round of 16 and played a tough matchup against one of the biggest teams in Honduras, Marathon. Portland scored the first goal thanks to Felipe Mora in the first half but conceded the equalizer just before the break, something that also happened after the break -- an own goal from Denovan Torres made it 2-1 for the Timbers, but Marlon Ramirez made it 2-2 midway through the second half. Portland prides on their home-soil advantage, however, and they also managed to score two away goals -- meaning that even a 1-1 draw would be enough for them to advance into the next round.

Saprissa 0 - 1 Philadelphia Union
Playing in Costa Rica is never easy due to the temperatures and humidity conditions, but that didn’t stop Philadelphia Union from securing a massive 1-0 away victory that gives them a good starting point in their quest to reach the Champions League’s quarterfinals. Philadelphia fielded a team that could easily be their Best XI with perhaps a few exceptions, and they came away with the victory thanks to a first-half strike from their star forward Kasper Przybylko. The Union now has to get the job done at home, where they posted a league-best W10, D1 mark last season.

Alajuelense 0 - 1 Atlanta United
Just like the Union, Atlanta United also travelled to Costa Rica and returned stateside with a 1-0 victory. Unlike Philadelphia, however, the game turned out to be tougher than expected -- they only won thanks to a penalty goal from Ezequiel Barco and also lost Brad Guzan for the second leg after the veteran goalkeeper was sent off. Atlanta has the edge on away goals and the aggregate score, but it’s not a given that they will move to the next round. After all, They won just four games at home last season and Alajuelense can complicate them with their speedy players on an artificial pitch, but it seems as if Gabriel Heinze’s already sealed the hardest part of the deal. The biggest news for them is the fact that Josef Martinez came off the bench and looked healthy, so he could be an option for the second leg.

Leon 1 - 1 Toronto FC
Toronto FC had the toughest challenge of all five MLS teams since they had to take on Leon, the reigning Liga MX Apertura champions, without key names such as Jonathan Osorio, Chris Mavinga, and Alejandro Pozuelo in the XI, but they got the job done and escaped with a 1-1 draw -- the away goal could be huge for the return leg. Fernando Navarro opened the score for Leon in the first half, but an own goal from Andres Mosquera in the second half gave Toronto a sign of life looking towards the return leg. The bad news is that Jozy Altidore suffered an injury and is not likely to recover in time for the return leg, which is quite an issue considering Ayo Akinola and Tsubasa Endoh have already been ruled out as well.

Real Esteli 0 - 4 Columbus Crew
The Crew took a giant step towards reaching the tournament’s quarterfinals after comfortably dispatching Real Esteli by a four-goal margin while playing on enemy soil -- this means Esteli has to score at least five goals at MAPFRE Stadium while keeping a clean sheet if they want to pull the upset against Columbus. Needless to say, that’s quite unlikely to happen. The Crew grabbed an early lead before the 20th-minute mark thanks to Gyasi Zardes and never looked back, but they were so dominant that they scored all four goals before the halftime break. Jonathan Mensah and Pedro Santos found the back of the net as well before Zardes closed things out with his second strike of the game. Even if the Crew rotates their squad in the return leg, they shouldn’t have problems closing this one out. 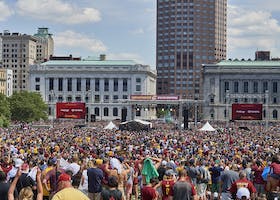 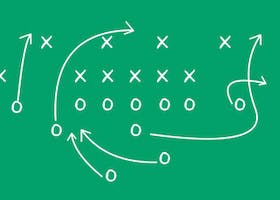