Astros and Red Sox Both Looking For Edge in ALCS

Who advances to the World Series?

The American League Championship Series is set with the Houston Astros and Boston Red Sox both fighting for a chance to advance back to the World Series.

It also happens to be a rematch from 2018, where the eventual champion Sox took down Houston.

Boston won 108 games that year, but this time around, they're the underdogs.

What the Astros Bring

The big names you've certainly come to expect, that's what. Jose Altuve, Carlos Correa, and Alex Bregman have been the faces of the organization for years, and you know, happened to also be involved in that 2017 team's illegal sign-stealing scandal.

That's all in the past though of course. No one in Boston is thinking about that right?

Yordan Alvarez led Houston in home runs during the regular season with 33, and Houston has the slight edge in power overall in total homers (221-219), and team batting average (.267-.261).

Houston's real advantage comes on the mound, where their 3.76 ERA as a team ranked seventh during the regular season. That number has gone up quite a bit so far in the postseason though (4.63), but Lance McCullers Jr. only allowed one run combined in his two ALDS starts against Chicago.

Well, they lost five of seven during the regular season to Houston, so that's not a strong start. That being said, the postseason can be a fresh start, and that's what Boston is hoping for in this series.

Rafael Devers and his 38 home runs during the regular season is one of the obvious advantages for Boston. Devers has two homers and six RBI so far this postseason, and he'll need to use that power against a Houston team that held him without a home run, and just a .231 average in those seven games earlier this year.

Houston is the favorite here, and rightfully so at -156 at FanDuel, with Boston +132.

The Astros took five of seven during the regular season, while Boston is the seventh wild card team to reach the ALCS. Wild card teams are 4-8 overall, while the Sox are 1-2 in the ALCS as a wild card club. 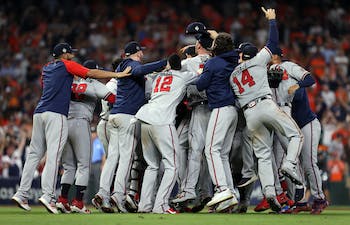 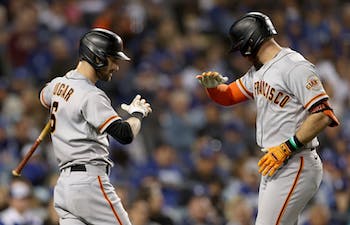 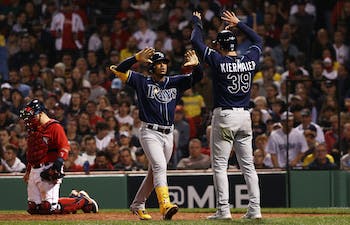 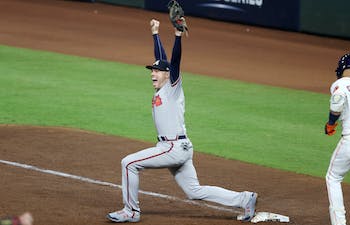 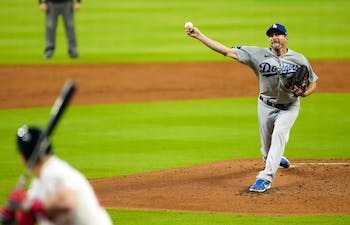