Target these offenses to put up big numbers

The Giants started off the year where they left off last season, as one of the leagues better teams that was a force to be reckoned with. Now past the midway point of the season, it seems that San Francisco has fallen back into the category of "average" teams. They are sitting just under .500 right now and not really going anywhere fast. In fact, they tried to trade away some of their better players at the trade deadline, but were for the most part unsuccessful in their efforts. The good news is that, fresh off getting swept by the Dodgers, they get the Athletics. They are one of the worst teams in baseball, so San Francisco should be able to take advantage of them and their starting pitcher.

Adam Oller gets the ball for this Saturday contest. In his last start, he gave up four earned runs on seven hits and no walks while striking out six over 6.1 innings of work to take the loss in a 4-1 defeat against the White Sox. The silver lining for Oller is that this outing was his best start of the year and his ERA has now dropped slightly to 7.68. He'll need to build on that momentum to get even a respectable ERA, but at home this season, Oller owns a 9.00 ERA.

Happy Patrick Corbin Day! It was hard not immediately putting Corbin as the very first guy on this list to bet against, but sometimes you just have to switch things up just a little bit. You can be rest assured, however, that Corbin will almost be guaranteed to make this article every time he sets foot on a mound. The Phillies perhaps aren't the best offense in the world, and they can be very hot and cold this season, but let's be quite honest here with ourselves. Literally any offense against Corbin could have success, and Philly just so happens to be the winners of this week's prize. Kyle Schwarber and Alec Bohm will be excited to see Corbin on the hill.

Making an appearance in almost every one of our "Gas Can" articles since the start of the season, it is Corbin's time to shine today. In his last start, he took the loss against the Mets, pitching just 4.1 innings of work and allowing four runs on seven hits and one walk while striking out four batters. His problems have really been emphasized over his past five outings, where he's registered a 10.29 ERA and 2.19 WHIP while taking five losses over 21 innings. Truly one of the very worst in baseball, Corbin is a target every start.

The Cardinals have been one of the better offenses in baseball this season, led by two of the very best players in the sport. Nolan Arenado and Paul Goldschmidt have been crushing opposing pitchers all season long, and when they take on a guy who is struggling on the mound, you can be sure they will be teeing off on him. Goldschmidt alone has 26 home runs, a .332 batting average and 82 RBI at the time of this writing. He's one of the favorites for NL MVP, and he will probably win the award if he keeps this pace up. New York has some strong pitching, but definitely not unbeatable. A good offense can take advantage of some of their lesser pitchers, and that is exactly what we are looking at for this matchup Saturday night.

Domingo German takes the hill for New York here. In his last game against Seattle, he earned the win, allowing two runs on six hits and three walks while striking out one batter over five innings of work. German was far from dominant in his third outing of the year, as he struck out only one batter and walked three. Since returning from the injured list July 21, German has given up 13 runs (nine earned) over 12.2 innings while posting a 10:6 K:BB. With the Yankees acquiring Frankie Montas, this may be his last start of the season. 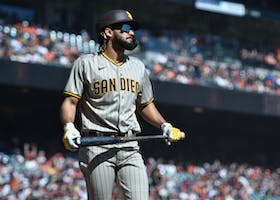 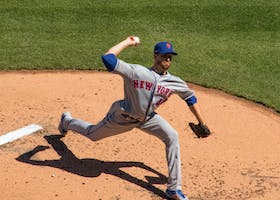