Let’s consider Monday a mere warmup for what’s to come this week in the baseball world. Things heat up quickly on Tuesday with 16 games on the schedule thanks to a doubleheader between the Twins and Guardians. Of those 16 games, seven are between division rivals and one is between two division leaders. That should keep things interesting as we look at the best bets and most intriguing betting trends for Tuesday’s MLB games.

On the over/under front, some of the best value on Tuesday comes from the Padres and Diamondbacks scoring at least eight runs. Admittedly, these teams only scored five runs or less in two of the three games they played against each other last week. Both are also hitting the under more frequently than the over this season. But Arizona is typically a hitter-friendly environment, making 7.5 runs a rather low number, helping to make this a five-star pick.

Also, while the Padres have hit the under a lot at home this year, they are the fifth-best in the majors at hitting the over while on the road, going 20-17-1 O/U away from home. The Diamondbacks have also conceded an average of seven runs in their last four games, so their pitching staff has fallen on some hard times. Even Zac Gallen hasn’t been at his best, going 0-2 with a 3.92 ERA in June, so he could give up some runs. On the other side, Sean Manaea has allowed at least three runs in four of his last five road starts. That means both teams are poised to strike early, making it hard to envision this game staying under 7.5 total runs.

Say what you want about batter vs. pitcher stats and small samples, but Donaldson has ripped Frankie Montas in their brief encounters, going 4-for-7 with three homers. He seems to have Montas' number, and I like backing Donaldson even more at Yankee Stadium. Plus, his HR price at FanDuel is incredible value when you consider the matchup. -- Brad Pinkerton

Devin Smeltzer’s control could actually work against him in this game. The young lefty has issued just 11 walks over his eight starts. That’s important because the Guardians are 16-7 against starting pitchers who concede fewer than 1.75 walks per start.

The Yankees needed a late rally to avoid what would have been a disastrous loss to the lowly A’s on Monday. But they pulled it off and are now 17-2 in their last 19 home games. The only caveat is they are just 20-21 ATS at home this year despite being 32-9 (.780) SU.

The Braves were the hottest team in baseball during the first half of June. But since their winning streak came to an end, Atlanta is just 5-5. At the same time, the Phillies have been one of the best teams in June, going 18-6. It’s also worth noting that both the Braves and Phillies are among the best six teams in baseball at hitting the over.

It’s Patrick Corbin day for the Nationals, who are just 3-12 when their high-priced lefty takes the mound. The only silver lining is that the Pirates are riding a four-game losing streak and are just 12-24 on the road this year. Of course, Washington is just 13-26 at home.

The Red Sox saw their seven-game winning streak come to an end in Toronto on Monday. However, they are 9-3 SU this year when Michael Wacha starts. On the other hand, the Blue Jays are averaging 6.9 runs per game over their last eight games despite going 4-4 during that stretch.

The Astros were convincing in their two wins over the Mets last week, which is part of what makes them road favorites on Tuesday. The Astros are also 19-11 (.633) SU as road favorites this year. However, the Mets dropped their game on Sunday and are an MLB-best 21-5 (.808) coming off a loss this year.

Cleveland is getting desperate for a win heading into Tuesday’s doubleheader. If you rewind the calendar, the Guardians won 11 of 13 earlier this month. But after Monday’s 11-1 shellacking at the hands of the Twins, Cleveland enters Tuesday on a five-game losing streak, including four straight losses ATS.

The Cubs have had some rough moments in June, although they took two of three from the Cardinals over the weekend, including a 6-5 win on Sunday. Under David Ross, Chicago is 28-10 (.737) following a one-run win. Of course, the Cubs are still just 13-25 at home this year, although the Reds are also 13-24 on the road.

Jon Gray has been far from perfect this year, although he’s allowed just six home runs in his 12 starts. That’s worth mentioning because the Royals are 3-18 (.143) when facing a starter who gives up 0.5 home runs per start or less. The Rangers have also won Gray’s last three starts.

The Dodgers lost as massive favorites on Monday, although that can be explained by being a little jet-lagged after playing the late game on Sunday. L.A. will also have Clayton Kershaw on the mound whereas Kyle Freehand starts for Colorado. Freehand has a 5.32 ERA during his eight home starts this season, although the Rockies have managed to go 4-4 in those starts.

With a win in Monday’s series opener, the Angels have won six of their last 10 games, perhaps finally turning the tide after their terrible losing streak. The caveat is that they are 1-6 ATS in their last seven games. Meanwhile, the White Sox are 12-7 (.632) ATS as road underdogs this year.

The Padres are the second-best road team in the majors, going 24-14 (.632) SU as the visitor. They are also 19-4 on the road against National League teams that are batting .250 or less, which bodes well against the D’Backs, who have the second-worst team batting average at .216

The Giants have fallen on some tough times, losing six of their last eight games. Of course, the Tigers are one of the worst teams in baseball and are just 10-22 (.313) SU on the road this year. However, San Francisco hasn’t been the most reliable home favorite, going just 10-10 SU. 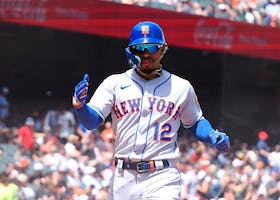 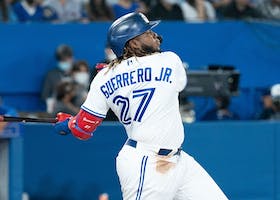 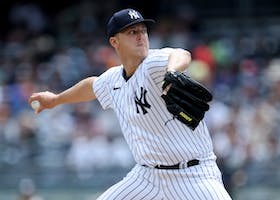 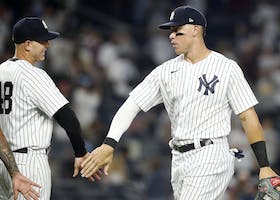 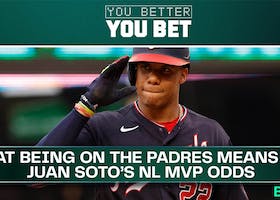