Target these golfers this week

The first year of a strategic alliance between the PGA Tour and the DP World Tour kicks off with the 2022 Scottish Open from The Renaissance Club in North Berwick, which will make for a unique week of golf betting.

A strong field consisting of 14 of the top 15 ranked professionals will be teeing it up in preparation for next week’s Open Championship.

The Renaissance Club plays as a par 70 at 7,293 yards. This is only the fourth time the Scottish Open has been held at this Tom Doak design, and although it has a reputation as a tight driving course with tricky greens, it does yield a plethora of birdies as the average winning score here has been 17-under par.

There are no historical strokes gained data for the Scottish Open at the Renaissance Club, so my strategy here is to look for the same things that translate to success at Open Championships and all links-style golf.

An accurate, long driver of the ball will have the upper hand when trying to negotiate with tricky greens with runoffs, especially in windy conditions. I will also look at those in recent form around the greens and who have experience with links golf.

Thorbjorn Olesen claimed his sixth DP World Tour title in May at the British Masters and comes into the Scottish Open on the heels of an eighth-place finish at last week’s Irish Open. Olesen does his damage with the flat stick, which will come in handy at a tournament where a plethora of birdies will be required to be in the mix.

I believe that Mito Pereira’s pricing has gone back down to where it should be after the markets shortened him up following his third-place finish at the PGA Championship in May.

He has missed his past two cuts, but when looking at his Strokes Gained statistics over the past three months, his success in all facets of the game (other than putting) is too strong to ignore. He has shown he can compete in fields of this strength, and when he has the driver working, it’s as good as anyone.

Although his struggles and lack of wins on U.S. soil are well documented, few are more consistent in DP World Tour events than Tommy Fleetwood.

He lost in a playoff in this event in 2020 and has a strong resume of finishes in Open Championships. Fleetwood is as good as anyone navigating the greens on links courses, so if he can get his driver to cooperate with him over the four rounds, I think 50/1 is a fair price for him to get his first PGA Tour-sanctioned win.

Corey Conners is gaining a whopping 2.4 strokes per round over his past 20 rounds Off the Tee and has also gained 1.7 strokes per round on Approach over that same time frame. I don’t need to lament Conners’s poor putting play – it is well documented – but it is encouraging to see that he gained 4.7 strokes putting at last month’s RBC Canadian Open and has been plus with the putter in three of his past five events.

In addition to his 50/1 outright price, I will be playing his First Round Leader prop at 66/1.

I will finish my card without touching the top of the betting boards with Hideki Matsuyama at 30/1. He has not played since his scorching Sunday round at the U.S. Open that propelled him to a T-4 finish, but I expect him to keep his elite form with his irons (gaining nearly three strokes per round over his past 20) at the Renaissance Club.

He does not have a long resume of experience with links-style golf, but the 2021 Masters Champion has shown he can contend in any tournament he tees up in. I like him even more next week at St. Andrews, but I will not miss out at 30/1 on him should he be able to hoist the trophy this Sunday afternoon. 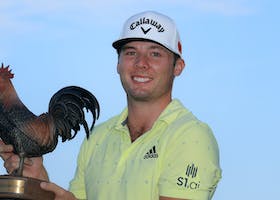 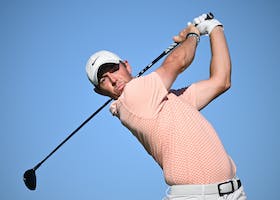 BetMGM ROAR: How to Live Bet on PGA Tour Odds
8 days ago  |  GOLF 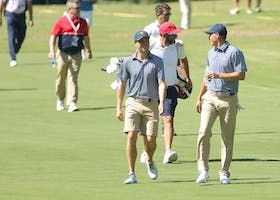 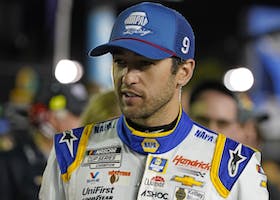 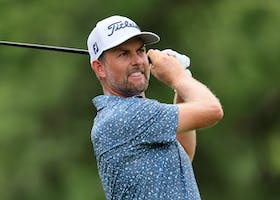 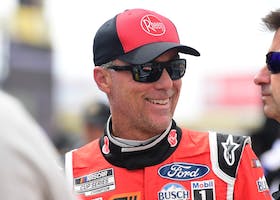 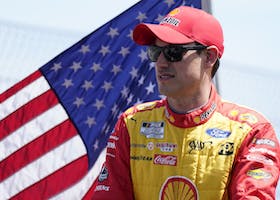 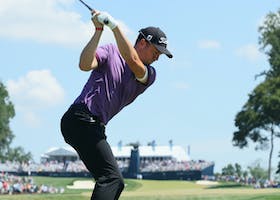 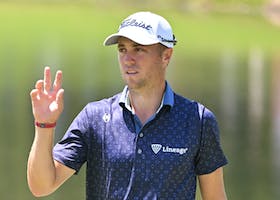